Krane was a Human male who served in the Alliance to Restore the Republic during the Galactic Civil War and held the rank of admiral. An uncompromising officer with a fierce loathing of the Galactic Empire, Krane felt that the Alliance could only be successful in the war by deploying a skilled, capable fighting force. 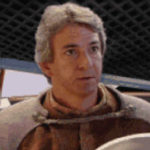 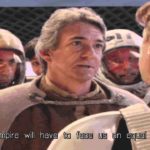