About Us – The Detachment 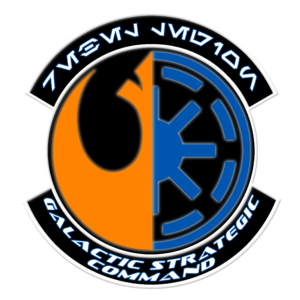 The Rebel Legion Galactic Strategic Command Detachment (RL GSC) is the officer/commander costume Detachment of the Rebel Legion. The RL GSC is responsible for maintaining and advising the Legion command on costume standards for officer costumes from the Rebel Alliance, Resistance, Galactic Republic, and New Republic.  It is also responsible for providing the Legion with qualified individuals for the approval of all future officer costumes. The members of the RL GSC also help new costumers work towards finishing officer and commander costumes, and advise on any changes needed to the standards of all costumes falling under the detachment.  The detachment is here to provide both community and a costuming support network.

The Galactic Strategic Command detachment was founded on June 30th, 2010 and has grown to over 200 members with over 400 GSC costumes worldwide.  Local Bases and Outposts can form smaller units called command posts.  There are currently 9 Command Posts:

Officer Costumes that qualify for RL GSC membership include*

Officer costumes who are judged in other other categories and primarily belong to other detachments may also join the detachment.  Examples of these include:

To join the detachment:

If you wish to join Galactic Strategic Command, all you need is a Star Wars officer costume approved by the Rebel Legion.  Just follow these steps: